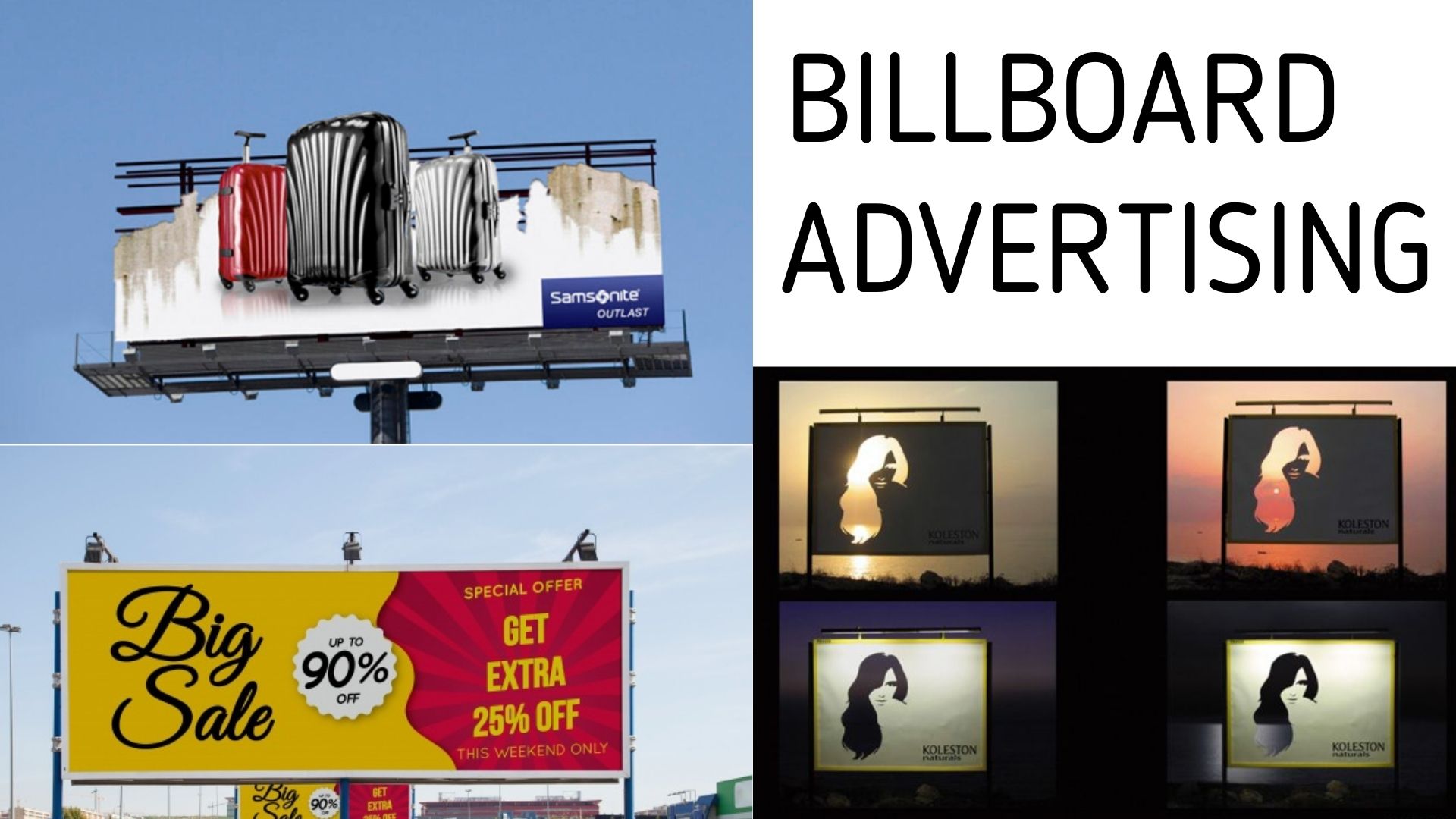 Billboard advertising is an outdoor advertising technique in which a large-scale print advertisement or a large outdoor advertising space is used for marketing a product, service, brand, or company. These billboards are generally placed in high traffic areas, so they can pull in the attention of a larger number of target audiences.

You can opt for billboard advertising to build and optimize your brand awareness, as it will enable you to broadcast your business, brand, product, or campaign to the number of people possible. Billboards are placed in busy places, so they generate the highest number of views and impressions in comparison to the other marketing and advertising techniques.

What is Billboard Advertising?

Billboard advertising refers to a form of marketing that involves large-scale ads placed on billboards or hoardings to spread a message about a brand, product, service, or campaign. Such ads are usually found in high traffic areas where a large number of people, both pedestrians, and drivers, are likely to set their eyes on it and react appropriately.

Billboards are a form of Out of Home (OOH) advertisement since people are subjected to it outside their houses. Billboards are strategically placed along roads within cities as well as on highways connecting larger cities. They come in many different sizes, styles, and forms.

What are Digital Billboards?

Billboard advertising is known as one of the most expensive yet profitable ways of advertising for a company. The extensive nature of these ads ensures maximum visibility if placed in high-traffic areas. For a billboard to impact sales, it should be up for at least three months.

Since it is costly to rent billboard space, it is worth investing if the location, traffic, and demographics of that area are promised to attract the target audience to make sales.

How an Advertising Company should create Billboard Design

The trick behind creating a billboard ad that stays in people’s minds even after they drive by it is to grab their attention from the first look. From seeing ten billboards a day, people are only likely to remember one of them. With more and more information crowding, an ad needs to deliver a message effectively and stand out from the crowd while doing so.

Let’s explore some factors that need to considered to make an attractive billboard advertisement:

It is important to craft an ad that caters to the needs of the people who will buy the product or service that is being marketed. Hence, companies need to thoroughly research all aspects of their target audience, such as their needs, income, values, aesthetics, etc. This will help build an ad that will easily grab their attention.

The location of a billboard is important to land the correct responses in the audience. The company needs to be mindful of the product they are selling in contrast with the kind of people viewing this advertisement.

A company selling an expensive electric car will not benefit from a billboard placed in a lower socio-economic neighborhood. Moreover, a billboard is likely to have more eyes on it if the company knows how to benefit from the location it is set in. The ad can include location-specific details, puns, nicknames, environmental cues, or common lingo to make audiences feel at home.

Even though there might be many details to be disclosed to viewers, it is important to keep the message simple. The billboard ad needs to communicate a story or call to action in mere seconds.

Many billboard ads simply depend on visual elements such as pictures and refrain from using words other than the brand logo because people driving by will hardly see letters. Regardless, the design of the ad needs to impress audiences and be interactive. The goal is to create brand awareness and generate revenue.

4. Be bold and creative

In the highly competitive market with millions of brands offering the same thing, it all comes out to who can make waves with their marketing. With only seconds available for a billboard to hold a viewer’s attention, it becomes necessary for marketing teams to think outside the box and create ads like nothing before.

Extreme creativity is required, yet simplicity is the goal. Take the benefit of bold color schemes, fonts, or formats to come up with a bright ad that stands above competitors’ monotonous marketing.

Often, billboard advertisements miss out on opportunities by not being open to opportunities. Many effective billboard ads come up through simple designs that were simply clever enough to take advantage of a trend, situation, societal change, location cues, etc.

An ample amount of planning and research is necessary to come up with an ad that is simple yet memorable to impact the target audience.

Any billboard advertisement that looks simple has countless research, plans, strategies, drafts, and discussions to back it up. These types of advertisements are expensive investments that pay back in gold as nearly 71% of people pay attention to billboards.

Additionally, OOH advertising proves to be 382% more efficient than other forms of advertisement. Therefore, they are highly likely to leave an impact on the sales and profits of a company. With a powerful yet smart billboard advertisement, any company can have a wider grasp on the market to achieve brand awareness.

What are your thoughts about billboard advertising? How effective do you find digital billboards for optimizing lead generation and conversions for a business? Share your opinion with us in the comment section below.